FYI, this blog post does not require your perception to exist.

There are no facts, only interpretations. — Friedrich Nietzsche

There is no truth. There is only perception. — Gustave Flaubert

Allow us to say this as gently, and as amiably, as we can.

Nietzsche and Flaubert and all their fellow post-modernists are hopelessly and irredeemably wrong.

Without making too much of a song and dance about it, here’s why.

This is a fact, not an interpretation. (Put that in your pipe, Herr Nietzsche, and smoke it, ja?)

This is Truth, not a perception. (Clear, Monsieur Flaubert?)

This means that if you were to disagree with me by typing in your refutation in the comments section below, you would actually be affirming the existence of a reality that is external to, and unaffected by, your perception.

If the sheer insanity of the situation doesn’t confront you, the irony of it should.

Here are some more facts to consider.

The enemy of Truth is perception. To state it more precisely, the enemy of Truth is the perception that there is no Truth; the idea that subjective beliefs and opinions somehow trump objective reality. In fact, some fans of the “Perception Is Reality” mantra might even go so far as to say that objective reality does not exist; or that even if it does exist, it is unknowable.

Our post-modernist society and culture loves this idea. Because it (seemingly) absolves the individual from any accountability to reality; especially moral and ethical realities. Thus, as our friend Friedrich Nietzsche likes to state it, “You have your way. I have my way. As for the right way, the correct way, and the only way, it does not exist.”

So whilst there may be great pleasures to be had in denying and renouncing the existence of objective reality, the sobering reality will present itself sooner or later.

We hope you will have better sense than to give in to this idea of “Perception Is Reality”.

After all, that’s how ostriches think. When their heads are buried in the sand. 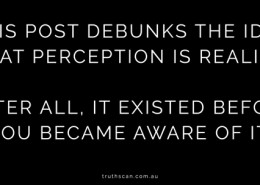 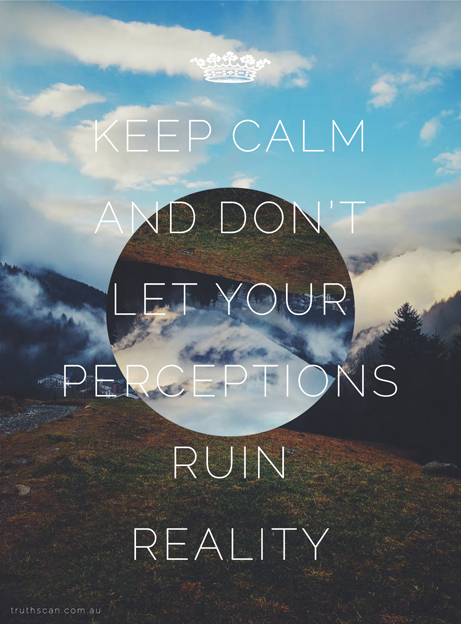 Why write about Truth?

When you say nothing at all
Scroll to top