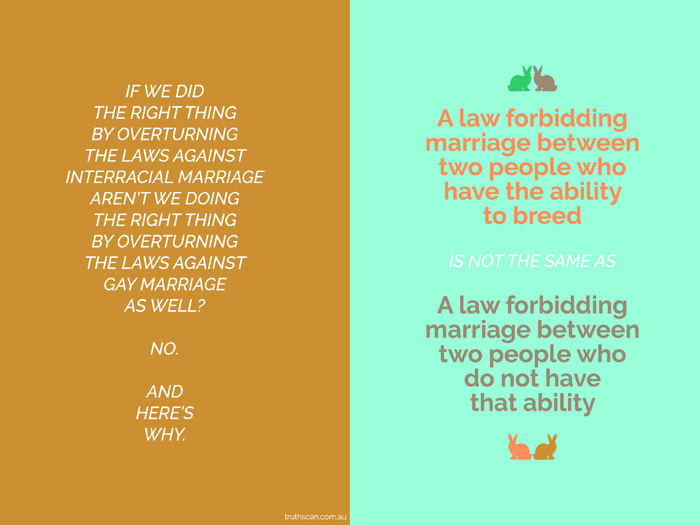 It’s an argument that seems to have gained significant credibility in our society. Not because it is a rational argument. But rather, because it is an emotional plea that tries to piggyback on the black civil rights movement. Unfortunately for the Gay Marriage movement, gay is not the new black. After all, interracial unions can produce children but same sex unions cannot. Hence laws forbidding interracial marriage are categorically different from laws forbidding same sex marriage. After all, a law forbidding marriage between two people who have the ability to breed cannot be in the same category as a law forbidding marriage between two people who do not possess that ability.  For more reasons why it is factually incorrect to compare gay rights to black rights, click on the link below.

Truth deserves to be shared!